I just came back from visiting my daughter Tina and her family. The day I left, my grandson Brendan had their last soccer game of the season. After the game, they all got trophies. See that pretty blue color? 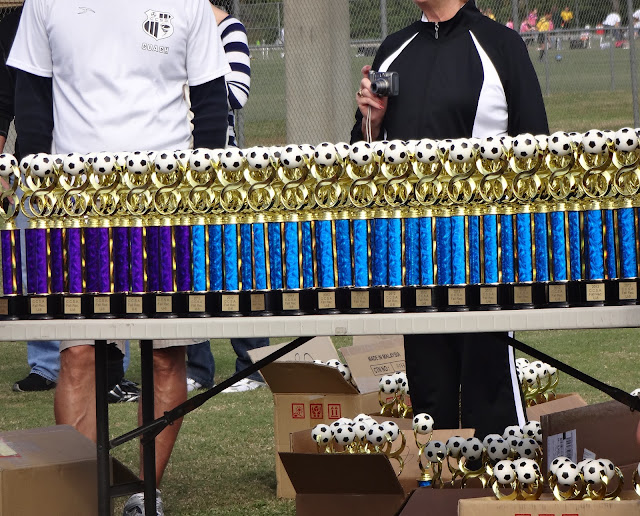 He was so excited! His team is wearing yellow. 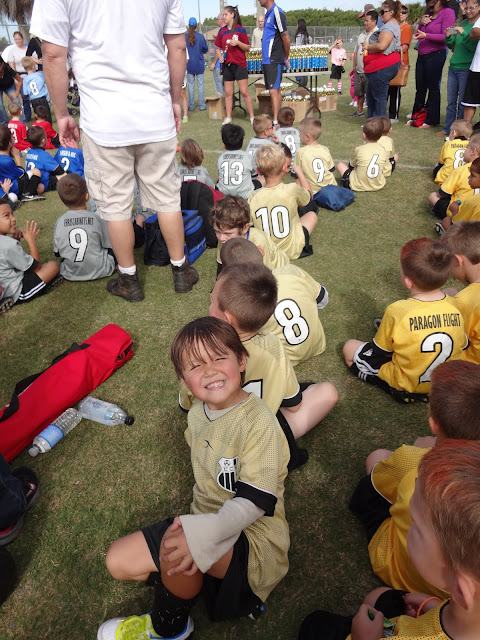 I told you he was excited, lol! 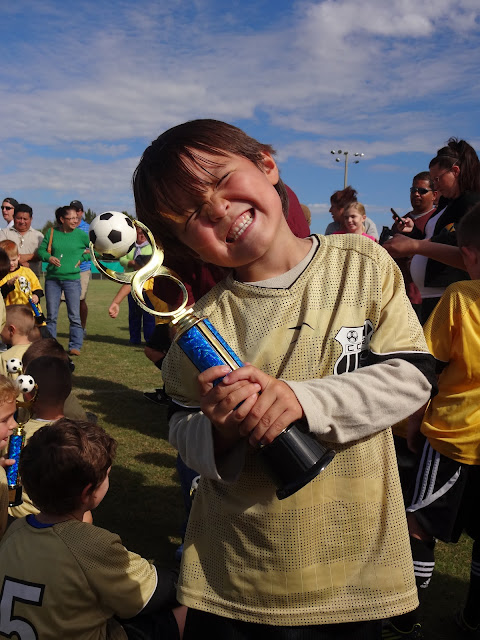 I took a few pictures during the game. There he goes! 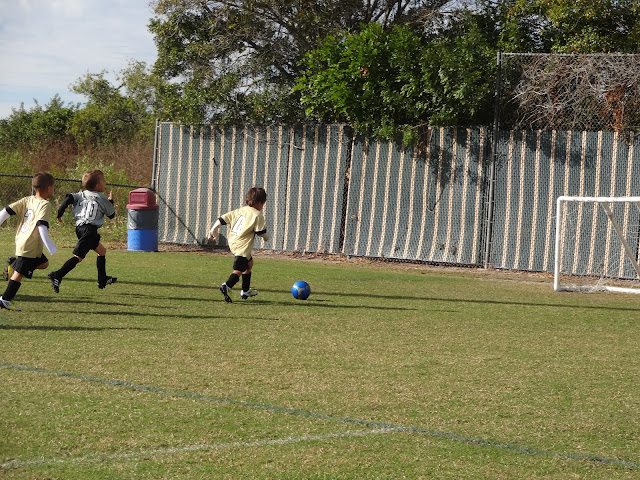 Yep, all the way! What a way to finish the season. He scored 2 goals. 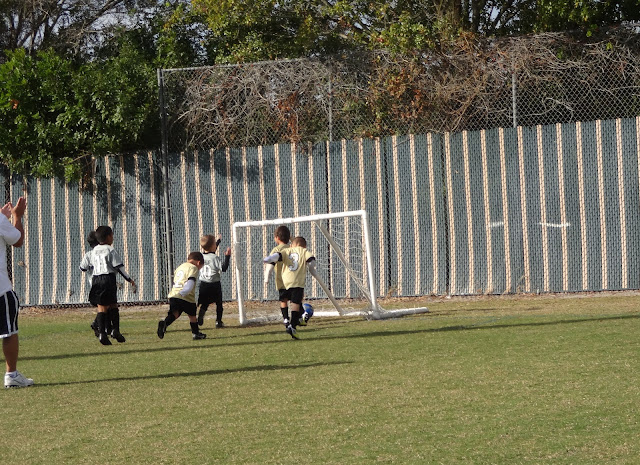 While he played, his little brother was busy playing Angry Bird, lol. 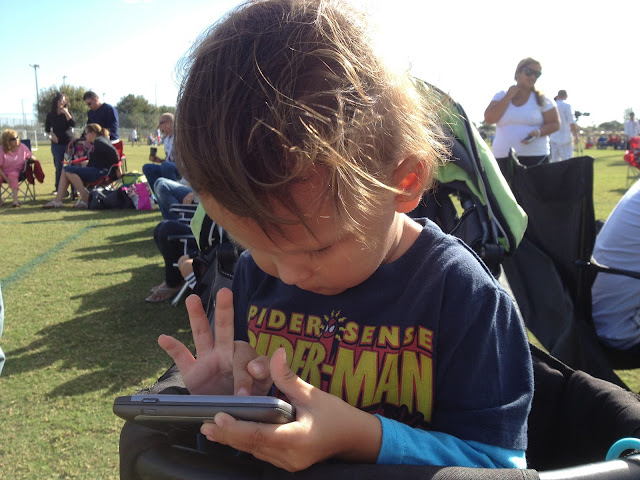 And here is the baby sister Reese also wearing blue. How about that pretty blue sky? 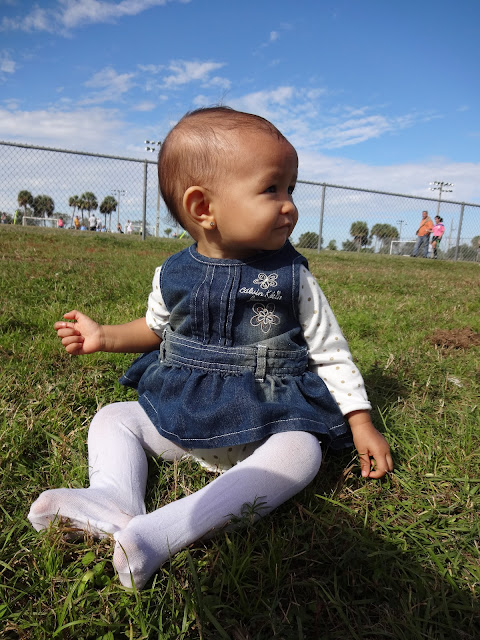 After the game and the celebrations, we still had some time to kill before my flight, so we went to the mall. The girls (us) went to JC Penney's while the boys went to Bass Pro Shop. Scott called and told us they were taking pictures with Santa at the Bass Pro Shop and there was no line so we walked there to have the kids picture taken with him. 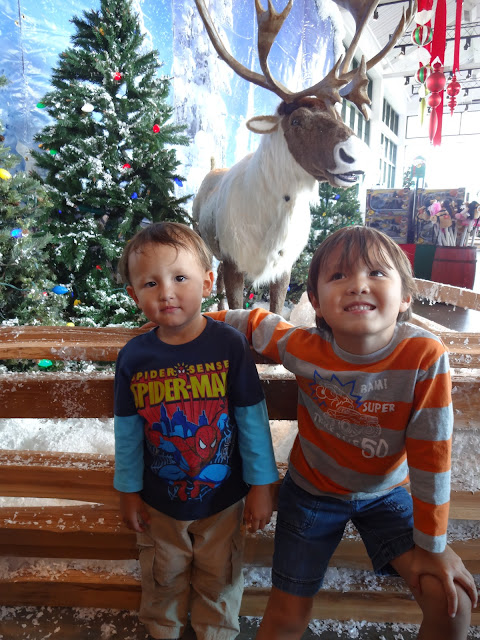 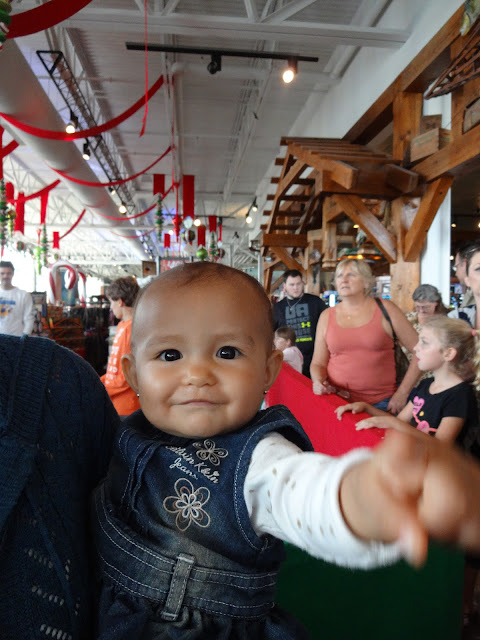 You can't imagine how many times I had to plead with Nathan to pose naturally, lol. He is such a character. 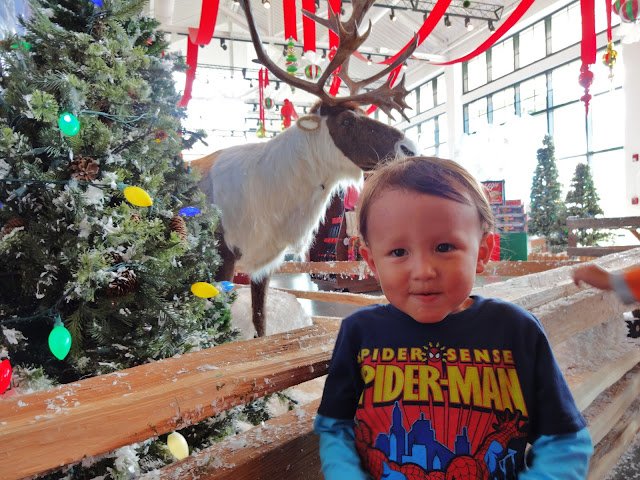 Modeling his orange shirt for me. 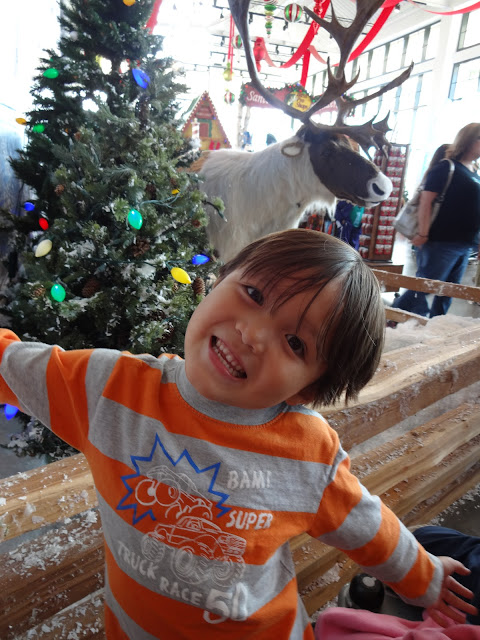 The place was decorated so beautifully. 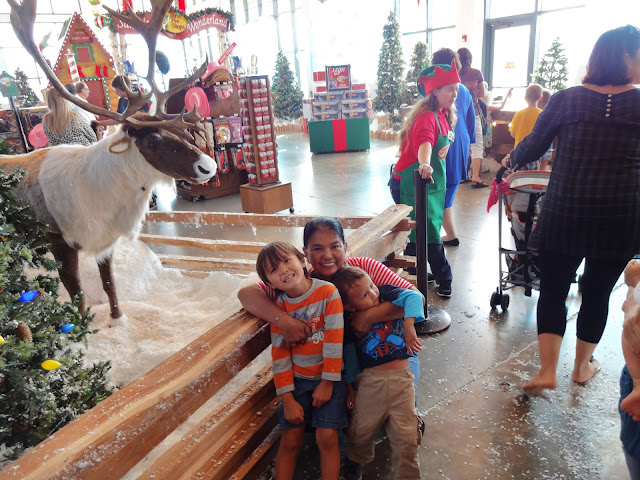 And there they are! I was surprised that Reese went to Santa without any hesitation. 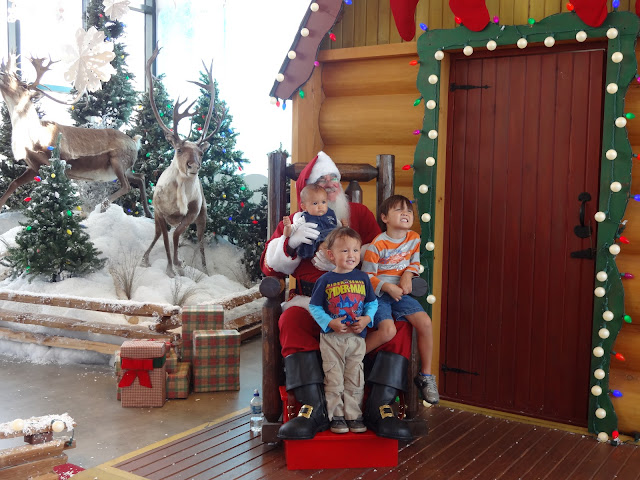 A pose with mommy. 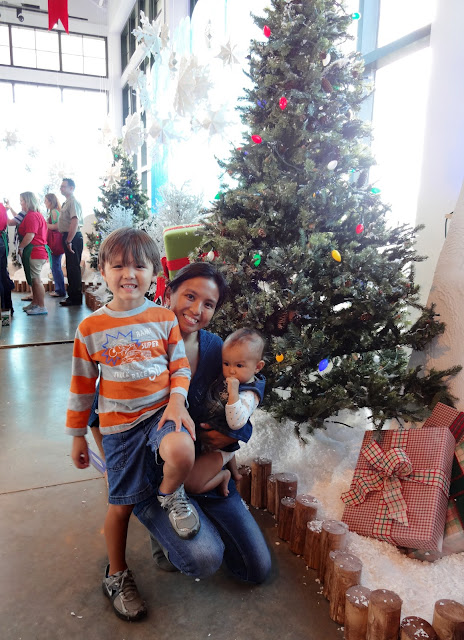 What a doll! I sure miss them so much. I think Reese has my nose. I keep saying she looks like an Effanbee Patsy doll. 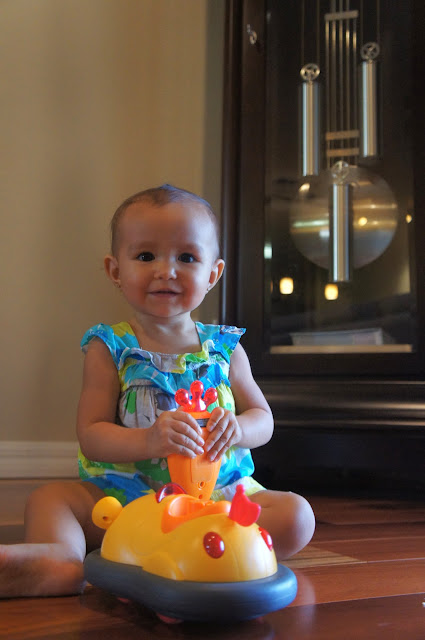 
Thank you so much for visiting me on this colorful Monday. I really appreciate the hostesses for these lovely memes. Won't you please visit them too and their other participants too? Thank you!
Posted by xinex at 12:30 AM

Those are some beautiful kiddos! I know you miss them like crazy.

Your grandchildren are just darling. Thanks for playing today.

They are all so adorable, i feel like I wanna give them all a hug :) I love kids. Happy Thanks giving Christine - Travel Quest

Wonderful pics! Congrats to Brendan for the trophy. You have a beautiful family. Happy Blue Monday.

Such gorgeous looking children, and a great set of photos too.
Happy Blue Monday!

OMG! Reese is a carbon copy of a great lola.

Nose and the eyes, are absolutely Ate Xine. Proud of you, talaga, Ate.

Kiddos are so adorable. Kaka-gigil naman? Ala pa akong apo, §:-)

Hope you have a blissful day and enjoy your Thanksgiving on Thursday & of course, Friday is USA's holiday? Grandeur!!!

Hi Christine, Your grandkids are just precious! The pictures of them are so cute! How fun! Gina

Your grands are so adorable!

Your grandkids are so cute, and Tina is a beauty too. Takes after you, Christine! Have a great Thanksgiving!

Sweet Blues. Thanks for sharing.
Have a Happy Thanksgiving,
Sherry

You have the most adorable grandbabies. They are too cute. I love that picture of your grandson holding his trophy. All the kids are to precious.

I hope you have a great Thanksgiving.

It is lovely to see happy smiling children's faces - especially our grandchildren:) Thank you for taking part in Mandarin Orange Monday:)

Your grandkids are so adorable! Love seeing cute shots of them :)

Thanks for your visit.

You are truly blessed!!! Beautiful family all the way around!!
Hugs,

How adorable that little soccer player is! Your little one are so cute and growing so much. I know your 3 new grands will be 1 soon!! I'm late to visit you as I was away, as you know over Sofia's house and than as soon as I came back, my dad's 98 years old sister died and I had to go back there for a couple of days again. Hope you had a wonderful Thanksgiving my friend. Big hugs,
FABBY